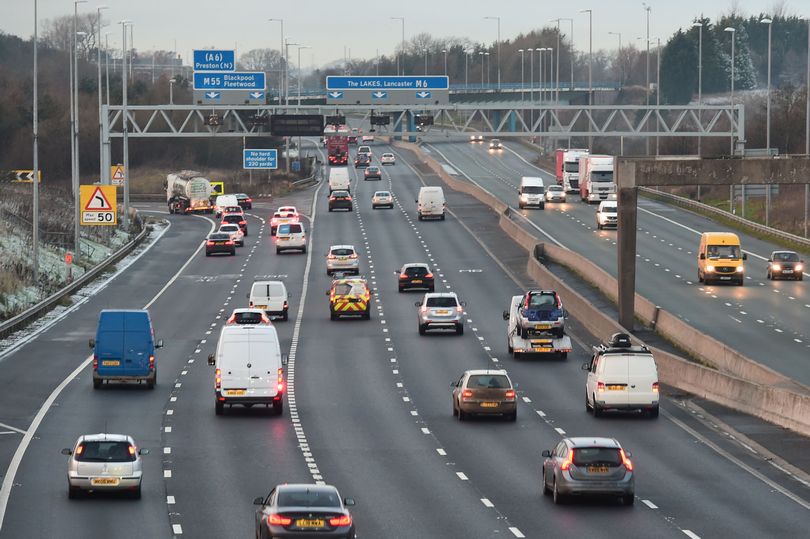 An unsuspecting motorist who turned the wrong way on the M6 to get around traffic was smashed into two police vehicles.

Criminal offender Stephen Courtney tried to run away from the scene but was swiftly detained by police. Courtney was exiled from driving eight times before, was arrested. occasions did not attend his sentence in Preston Crown Court and are believed to be in hiding across Northern Ireland.

The crime occurred back in August of 2019 in the event of a collision at the M6 motorway close to Blackpool. Courtney 44 wasn’t involved in the incident accident but was traveling towards the accident with a friend when he saw the traffic had come to an impasse.

Instead of getting trapped in the crowd and avoiding getting stuck, he reverted at a high speed in a manner that caused him to drive the wrong way on the road. Two police vehicles were spotted behind him. The drivers attempted to avoid the collision, but Courtney hit one of them and then rebounded over the next.

The judge heard that he’s committed 202 of the offenses in several convictions in the past most of which are related to driving-related offences. Hearings were briefly halted to enable the examination of records and, in part due to confusion among the different systems of England as well as Wales as well as Northern Ireland, they could not determine if he had a driving license.

He was involved in more reckless driving during the time required to bring this matter to court, and was given the sentence of 16 months in jail in the year 2020. He was sentenced to jail during the months of November through January in Northern Ireland for non-driving offenses.

In his community life, Courtney was unable to show up for the trial or to the sentencing hearing, and left a voice message for his lawyers to inform them that he will surrender within a few weeks. In the sentencing hearing, Judge Richard Archer reluctantly agreed to continue the trial without Courtney attending and issued an arrest warrant. The mitigation was limited to the fact that no one was hurt because of Courtney’s reckless driving.

Judge Archer declared: “The offence is a extremely serious instance of this kind. There were, fortunately, no injuries, but it was a very risky move to walk up to a liveried police vehicles at high speed and following an incident on the roads.”

He was sentenced Courtney from Berne Avenue, Horwich, to 13 months in prison and prohibited his driving for five and a quarter years. A warrant was issued to arrest him.